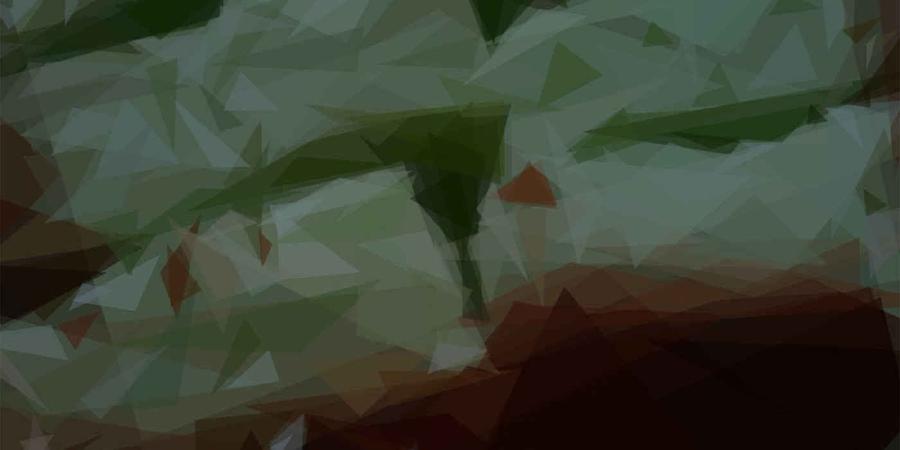 Black Friday TV deals hunting can end in heartbreak if you don’t start early enough. Delay too long and that stonking offer you saw on the latest Samsung QLED or LG OLED will vanish before you’ve had a chance to assess your options. That’s why we’re of the firm opinion that the earlier you begin your search for the perfe

Samsung’s QLED TVs may get all the press and attention, but they aren’t nearly as affordable as models such as the Samsung TU8000, which is currently £120 cheaper on Amazon. If you’re not bothered about quantum dot layers, full-array lighting and viewing angle compensation films, you’re probably better off buying this 4K HDR TU8000 – it has multi-HDR support, three smart assistants and ALLM for auto-enabling a low input lag Game mode when compatible consoles (such as the PlayStation 5 and Xbox Series X) are connected. Buy now from Amazon 2. LG NANO81 49in 4K HDR TV (was £899, now £479)

Originally £899, the LG NANO81 49in 4K has plummeted to just £479 in the early Black Friday sales. The NANO81 is a great alternative to Samsung’s QLEDs because it uses a NanoCell layer, a panel technology that, like QLED, boosts the TV’s brightness beyond standard LCD levels. What’s more, it has an IPS-type panel, which offers wider viewing angles than the VA-type displays of Samsung TVs. This model supports two HDR formats – HDR 10 and Hybrid-Log Gamma (HLG) – and runs LG’s intuitive webOS smart platform. Note that, of the free UK catch-up apps, only BBC iPlayer is available through webOS at this time. A cheap 4K streaming stick can get you the rest. Buy now from Currys PC World 3. Panasonic HX800 40in 4K HDR TV (was £699, now £549)

The Panasonic HX800 is the 2020 follow-up to our most commended mid-range TV of last year, the Panasonic GX800. Now down to just £549 from £699, this TV is exceptionally good-value considering it has universal HDR support – including HDR 10+ and Dolby Vision – something that very few TVs at this price can boast of. Going by our testing of the GX800, the HX800 should deliver cracking HDR performance that punches well above its weight. It also has ALLM for auto-enabling its low-latency Game mode when compatible consoles such as the PlayStation 5 and Xbox Series X are connected. Last year’s model had ultrafast response times of just 15ms so we expect an equally speedy result from the HX800. Read our Panasonic HX800 preview for more details Buy now from Currys PC World 4. Samsung Q80T 55in 4K HDR TV (was £1,599, now £899)

Our favourite OLED of the year, the LG CX, is now at its lowest ever price in the early Black Friday sales. We reviewed the LG CX 55in at £1,799, but it’s now just £1,299, making it not only the best all-around OLED but also one of the best-value OLEDs too. Picture quality and HDR performance are practically impeccable, thanks to the OLED panel’s pixel-level control and colour accuracy. Dolby Vision IQ is particularly impressive. The CX is also the best gaming TV you can buy, with four HDMI 2.1 inputs that support ALLM, 4K at 120Hz and VRR (G-Sync and FreeSync), so you can really make the most of the PS5 and Xbox Series X. Read our full LG CX review for more details Buy now from PRC Direct 6. Samsung Q95T 55in 4K HDR TV (was £1,799, now £1,399)

Samsung’s Q95T is the best non-OLED 4K TV of the year and, like the LG CX, it’s a genuine all-round winner. With £400 off since our five-star review, it’s currently the cheapest that it has ever been. The Q95T QLED delivers incredible picture quality in SDR and HDR, and packs all the premium features reserved by Samsung for its flagship models, including the streamlined One Connect box, Ultra Wide Viewing Angle layer and anti-glare filter. It’s a mean gaming TV too, since it has an HDMI 2.1 input that supports 4K at 120Hz, VRR and ALLM. For PS5 and Xbox Series X gamers, the Q95T is the ideal 4K LCD TV. Read our full Samsung Q95T review for more details Buy now from Currys PC World 7. Sony XH90 75in 4K HDR TV (was £2,199, now £1,599)

After a big-screen gaming TV to pair with a PS5 or Xbox Series X? With £600 off the RRP in the early Black Friday sales at Currys PC World, the Sony XH90 75in is the best-value extra-large 4K gaming TV on the market. As part of an upcoming firmware update (scheduled for “Winter 2020”), the XH90 will support next-gen gaming features such as VRR and 4K at 120Hz via its two HDMI 2.1 inputs. HDR playback is bright and impactful, most of all in Dolby Vision, and the XH90’s motion control and black levels are also exceptional for a mid-range LED LCD. Pick this one up while the savings last! Read our full Sony XH90 review for more details Buy now from Currys PC World 8. Samsung Q800T 65in 8K HDR TV (was £3,799, now £2,299)

The Q800T 65in is the smallest and most affordable of Samsung’s mid-range 8K TVs in 2020, and it’s currently at its lowest ever price in the early Black Friday sales. When we first covered the Q800T, it was retailing for £3,799, meaning the new Black Friday price of £2,229 is an incredible £1,500 cheaper. This 8K QLED TV packs in plenty of premium Samsung tech, including an Ultra Wide Viewing Angle layer, FALD, a Quantum Processor 8K and Object Tracking Sound+. Like other Samsung QLEDs, it supports HDR 10, HDR 10+ and HLG, and its eARC output can decode Dolby Atmos audio. Finally, for gaming, the Q800T has VRR (FreeSync and G-Sync) and ALLM capabilities. Read our full Samsung Q800T guide for more details 9. Philips 58in 4k Ultra HD LDR TV (was £499, now £379)

Tom Bruce 2 days 1 hour ago Samsung’s customisable The Frame 32in FHD HDR TV is now at its cheapest price ever in the Black Friday sales. With £100 off the RRP at online retailers including John Lewis and Amazon, the entry-level Frame TV is just £399 – great value for such a multi-faceted TV. As the industry shifts towards large 4K and 8K sets, new Full HD TVs are 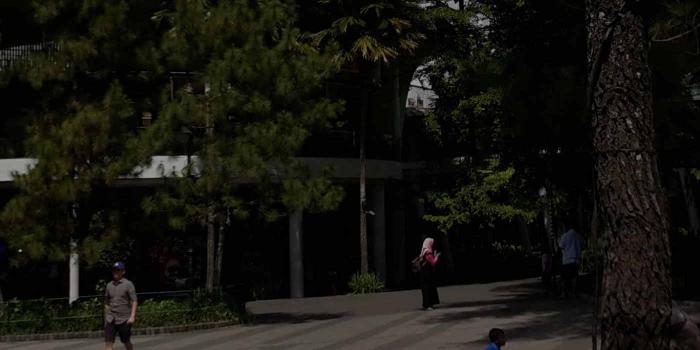 Pete Clark 1 day 8 hours ago Searching for a great Fitbit deal this Black Friday? Well, search no further. As Fitbit deals go, this £30 saving on the Fitbit Inspire fitness tracker over at BT is one of the best savings you’ll find on health tech this Black Friday season. See related Best 5G phone: The finest 5G smartphones from Samsung, OnePlus, Mo

Nathan Spendelow 1 day 7 hours ago There’s a reason the Nintendo Switch is always in such high demand. Nintendo’s best games console in years has exclusive access to a wide range of top-tier games such as Animal Crossing: New Horizons, Mario Kart and The Legend of Zelda: Breath of the Wild, not to mention that its plug and play design is perfect for on-the-go gamin

Pete Clark 1 day 7 hours ago Samsung Galaxy Buds deals don’t come around often, and right now you can bag a pair of Korean tech giant’s wireless buds for just £89 from John Lewis as part of the 2020 Black Friday sales. Revealed alongside the flagship Galaxy S10 smartphone in early 2019, Samsung Galaxy Buds usually retail for £139, meaning you can save 36% on an ult

Will Georgiadis 1 day 8 hours ago Sony is jumping aboard the Black Friday deals train in spectacular fashion. Right now at Amazon, you can save vast sums on a couple of the firm’s most popular pairs of wireless headphones, with discounts available on the horrendously named Sony WF-1000XM3 wireless earbuds and WH-1000XM3 over-ear wireless headphones. Both pairs of h 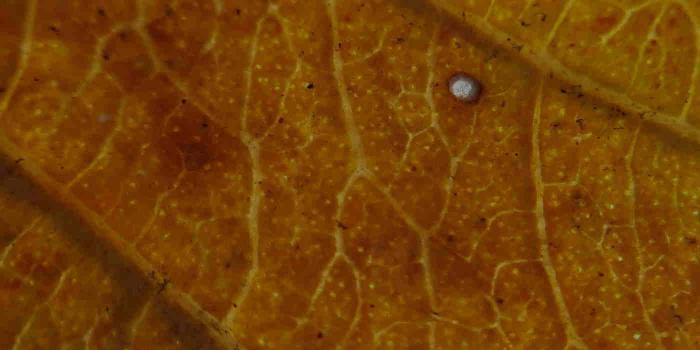 Thomas McMullan 1 day 7 hours ago Amazon and Currys PC World have both slashed the price of the Samsung Q80T QLED TV from £1,599 to its lowest-ever price of £899. This early Black Friday deal brings one of the best gaming TVs you could buy down to comfortably under £1,000. If you’re looking for a new screen to make the most of the new generation of consoles, this l 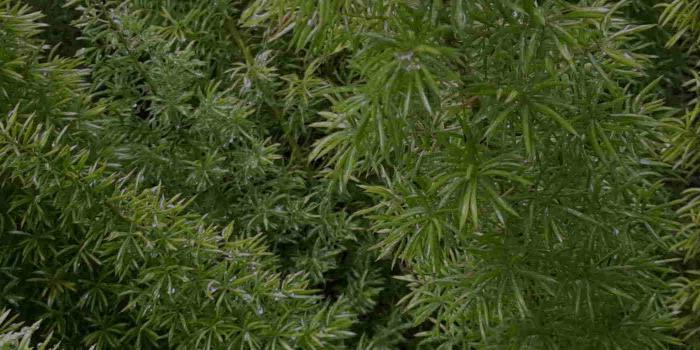 Tom Bruce 2 days 16 min ago Right now you can bag a tidy £100 saving on a new Philips 8500-series 4K HDR TV with three-sided Ambilight. Now, we should clarify one thing first: the Philips 8500 actually has a different name depending on who’s selling it. At Currys PC World it’s the Philips 8555, at Argos it’s known as the Philips 8505 and AO calls it the Philips 853

Sherwin Coelho 1 day 8 hours ago With Black Friday just around the corner, many retailers seem to be getting their best deals in early, so you have enough time to avail yourself of the best discounts and offers. Sky is one such retailer: the telecoms giant has just announced a Black Friday deals event that spans its entire portfolio, including Sky TV, Sky Broadband

This is the best SIM-only deal this Black Friday

Will Georgiadis 2 days 2 hours ago We’re confident that this SIM-only deal from Three is the absolute best we’re going to see over the Black Friday period. Every year without fail the mobile network launches an astonishing selection of unlimited data SIM-only plans, and this year is no exception: right now, you can nab a contract SIM with unlimited data, calls and